Yogyakarta, is the last destination pop out in my head after thinking so hard where should I spend my birthday in. All I wanted for my birthday was traveling solo to somewhere I don’t know, enjoy the adventure myself. I was pretty excited to make it happen since it was written as one of my achievement list in 2014. Pulau Weh, Aceh came out as my first destination candidate. But then I started to worry things, like : what if the cottage’s creepy? what should I do when the night comes? whom I should talk to? who will take my pictures? Well yeah, probably Pulau Weh is such an advanced destination for a solo traveler, it situated in the very north corner of my country. And yes, it’s a pretty quiet place that I didn’t brave enough to conquer it (yet).

Hence, I decided to take a look around the map again and taaddaaa, Yogyakarta seems the most amusing destination for going solo. But I didn’t know why, I spontaneously asked a friend to join. Then followed with two other friends. HAHA..bye bye my soon-to-be-achievement! Maybe going solo isn’t really my thing. Or maybe I should find another time to figure it out. 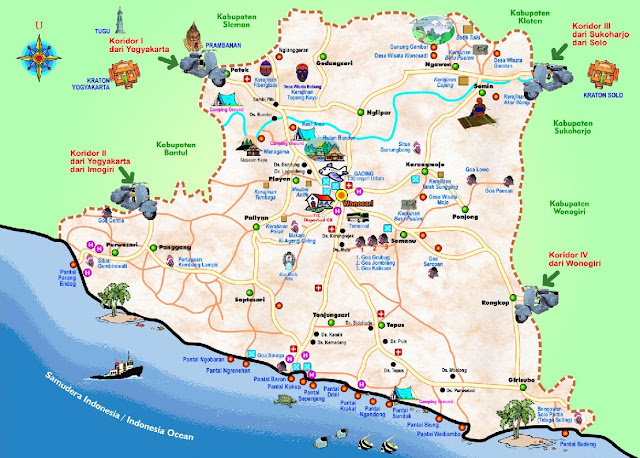 So then I went with 3 of my dear friends, Dini, Camie, and Seti. Seti was the only guy yet the only one who brought suitcase. While the girls preferred to carry a backpack. LOL! We took a night train, which only cost Rp.150.000. I can say that the train quality and service have made such a very good improvement, their cleanliness was quiet impressive, they even provided tissue and hand soap in the toilet! Whooa, something that you never expect from Indonesian train in 10 years ago.
It was 07.30 in the morning when we safely arrived in the city. While waiting for the rental car, we headed to the nearest local restaurant which I randomly picked form Foursquare recommendation (such a random, I know!) 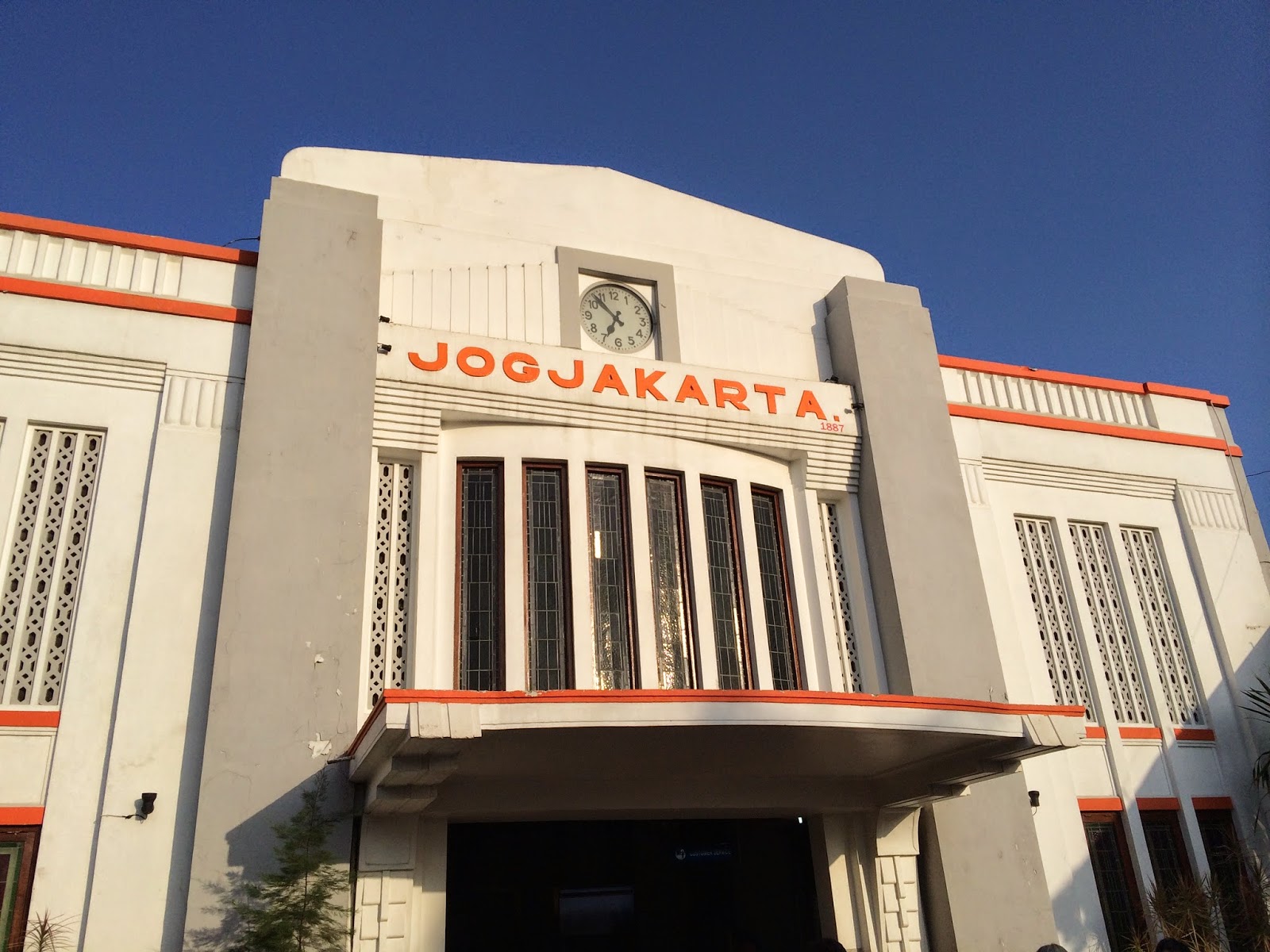 As usual, I made a very compact itinerary and our first to-do-list was going to Goa Pindul (Pindul Cave) to have a cave tubing and experiencing off road on a hard top. We had to drive for an hour from Yogyakarta city central. When we arrived in the nearest intersection from Goa Pindul, there were people with motorcycles offered to guide us to Goa Pindul provider. The provider will give you package options. We chose to have Pindul Cave Tubing for IDR 35,000 per-person and Jeep Off Road for IDR 400,000 per-4 pax.

We took the Jeep ride first. It was my first time being on a hard top for off road thingy. Dry season made the off road trail went sooo bumpy. It hurts my butt off, yet still very fun.  They said, you’ll get different excitements when you do off road during dry season and rainy season. Both have plus and minus. Well, maybe next time I would have the chance to experience the rainy one.

After 45 minutes being roasted on the Jeep, due to the insane hot weather at that time, we continued to hit the cave which is very nearby. The price of the tubing was quiet fishy at first, only IDR 35,000 per person. Lately I found out that the cave’s length only about 350 m and it would take 15-20 minutes to finish the cave. Do not expect something challenging in this cave, here you only need to follow the slow current, chill out and relax. Ah..and listening to the guide’s story. Actually I didn’t really pay attention what the guide said during the tubing trip, I was busy taking photos and daydreaming. :))

Amazing thing about Pindul, it totally supervised and maintained by local people. They started to dig the tourism potential when some university students came for social internship program. They helped locals to develop the cave environment and do the marketing via internet. A year after, hundreds people started to came by. Pretty cool isn’t it?

When the night came, we decided to visit the most iconic place in the city, the famous Malioboro Street. We strolled around the street and ended up eating at angkringan and drinking Wedang Ronde. Oh I love Wedang Ronde!! Wedang Ronde is like a ginger soup stuffed with roasted peanut inside a rice ball. Deliciosooo! especially when you drank it in a cool weather. Fortunately, Yogyakarta was cool enough at night, such a perfect moment!

Punthuk Setumbu is actually a spot in a hill  located about 4 kms from Borobudur, where you can enjoy the mystical foggy shadow of Borobudur temple from afar with mesmerizing sunrise background. First thing first, you get to get up early like in 3 in the morning, and heading to Karangrejo village. There, you’ll find a post gate and need to pay IDR 15,000 for local or 30,000 for foreigner. After the post gate, you still need to walk up the hill about 20 – 30 minutes. It probably still dark when you get there, so just be careful with your step. When you finally at the top of the hill, all you need to do is find the best spot to watch the magnificent view, don’t forget to record a time lapse. You’ll love it!

It was August 16th, so here is where I witness my first sunrise in age 27th. A lovely way to start a new age isn’t it? Thank God… 🙂

If you have good camera gear, you might capture this mystical Borobudur view..

Camie never had the chance to visit this temple, so after having sunrise at Punthuk Setumbu, we managed to stop by and visit Borobudur, just right after they opened the gate at 8.00 p.m. Umm actually it’s been 10 years since my last visit to Borobudur and seemed like massive changes had happened in those years. Well, I think Borobudur today is hundred times much better than 10 years ago. It looks more clean and well-organized. Oh, I like the shady park along the way to temple from entrance gate, something that I don’t think they already have in 10 years ago. Because all I can remember from the old Borobudur is that it’s surrounded by arid area that you never couldn’t stand to stay hours in here and battle with the super hot weather. 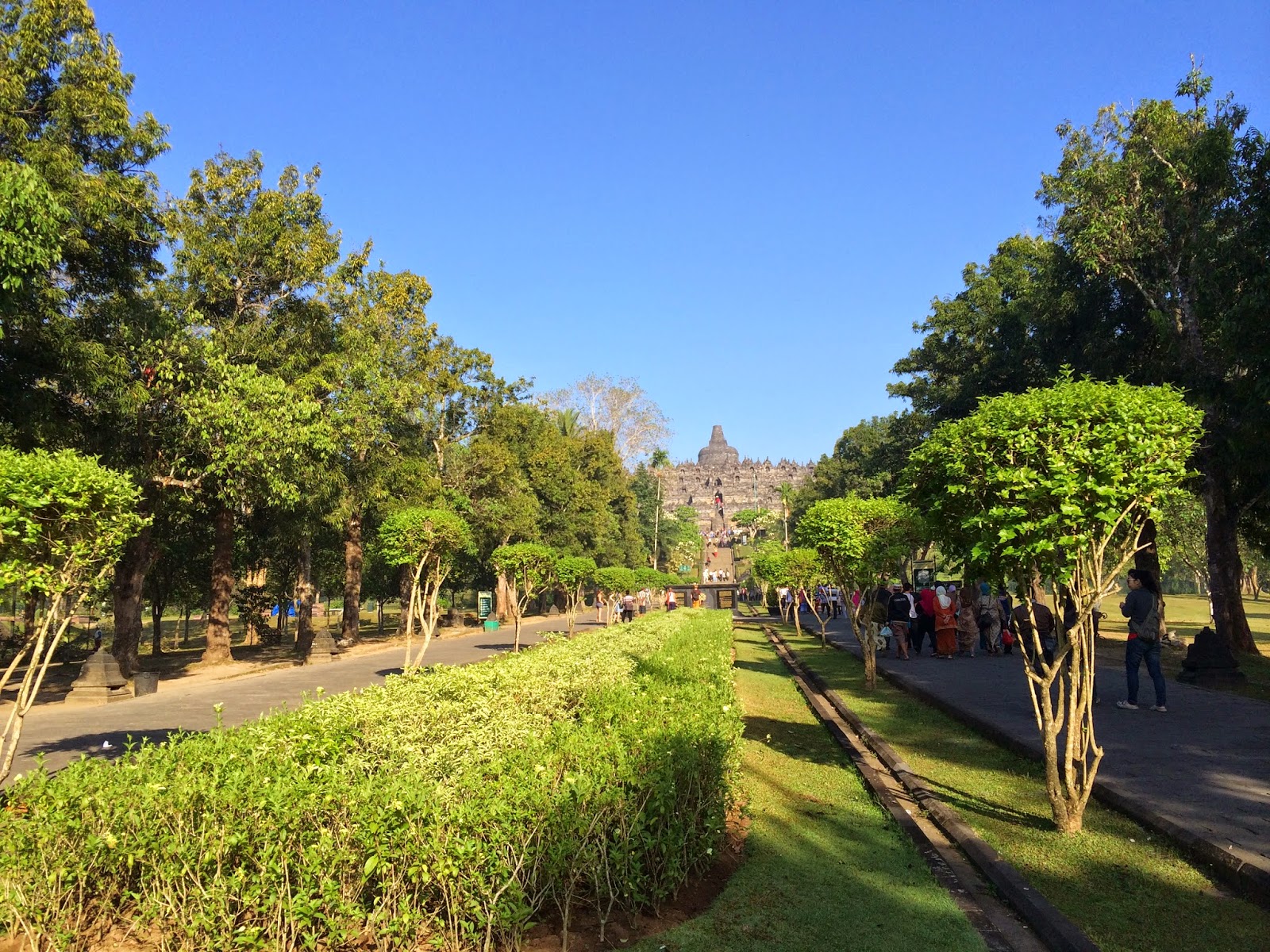 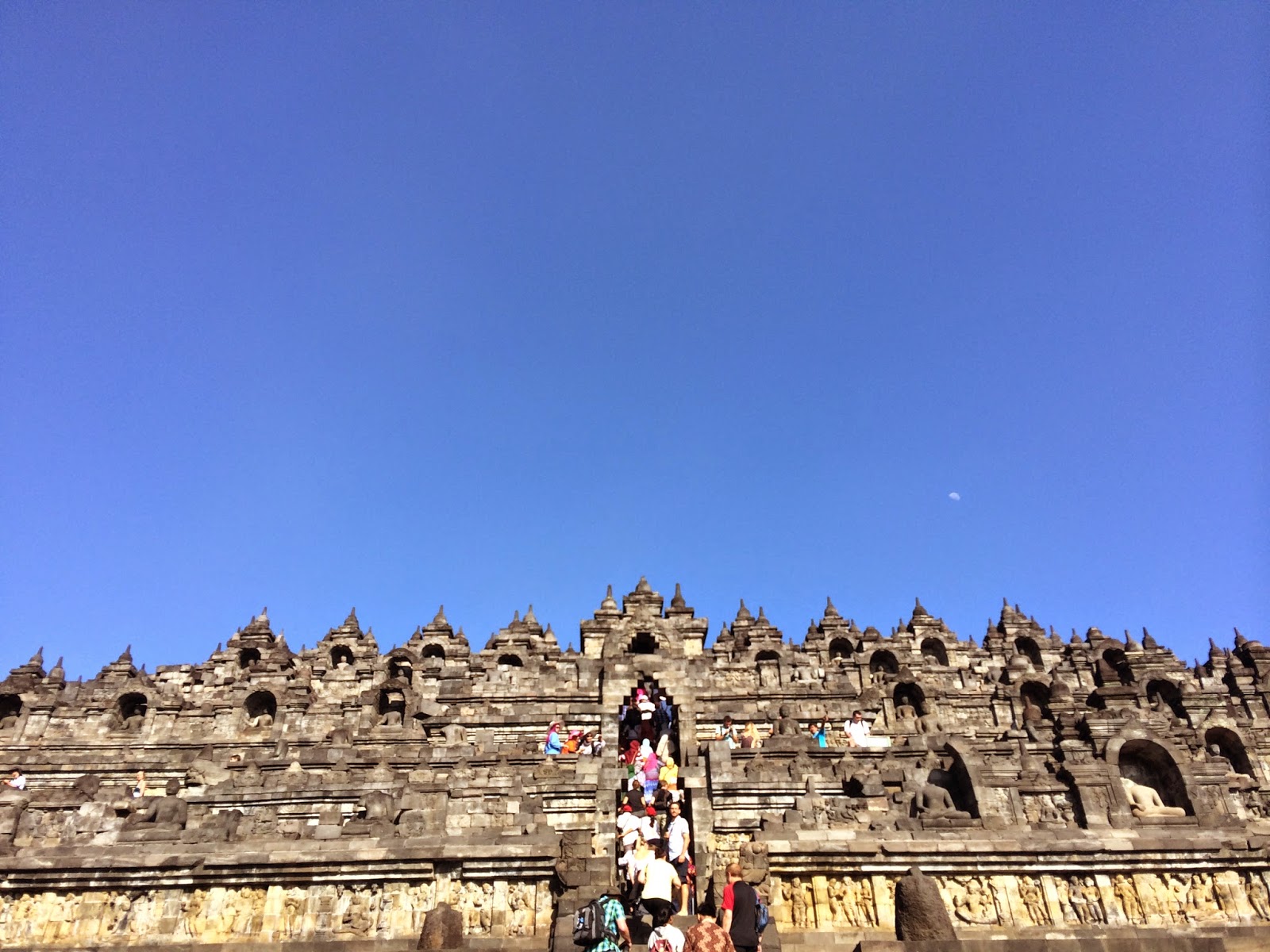 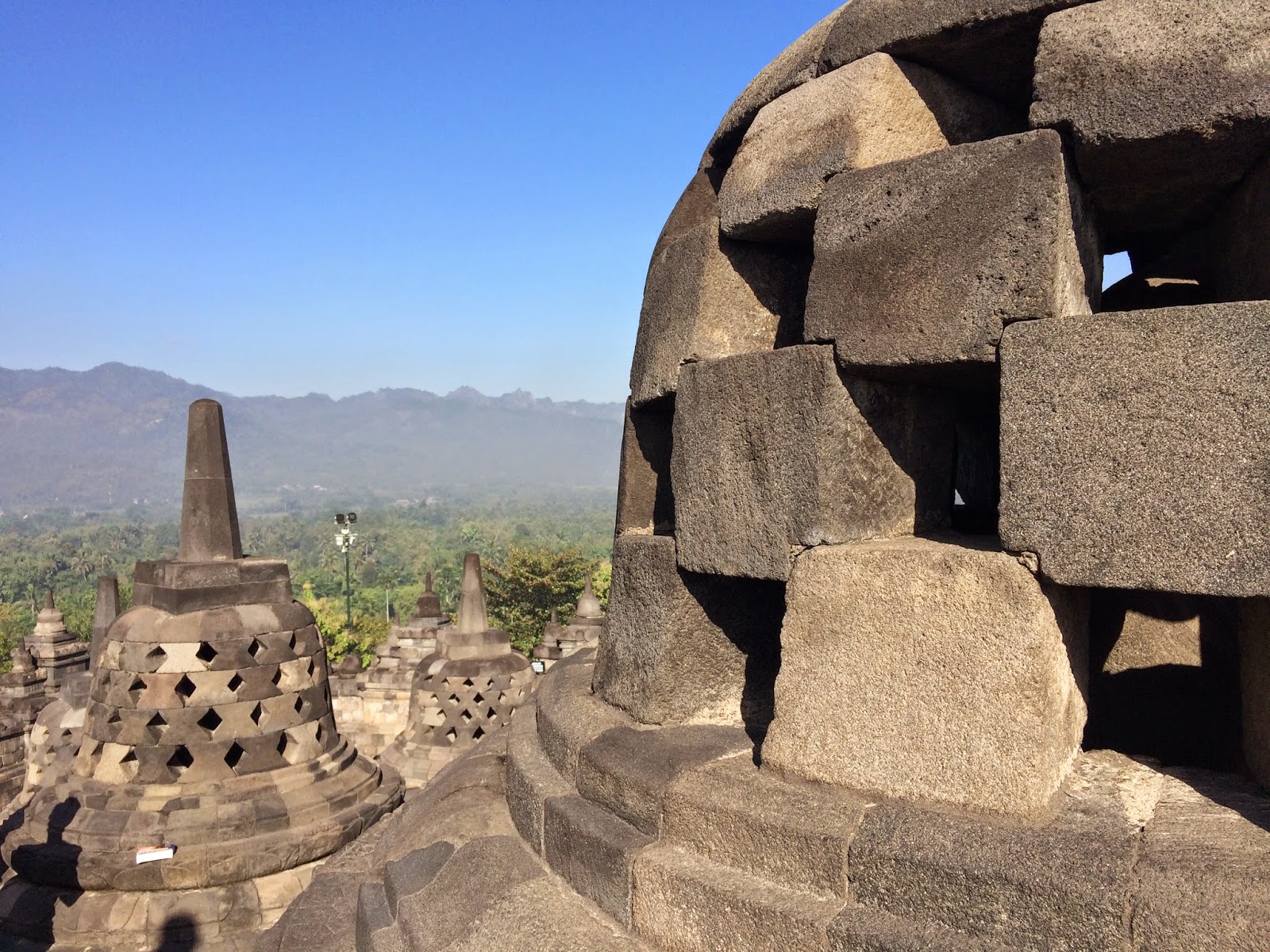 Solo is a small city situated about 120 kms away from Yogyakarta. It needs 2-3 hours to get there. I could say that you don’t have much things to do here other than have a culinary trip. Our first stop was Soto Kirana, a legendary soup restaurant. You’ll be surprised once you pay the bill! A bowl of soup only cost less than $1! Whoaa!

Ah ya, thanks to these beloved friends for the sweet birthday surprise. After we finished the soup, they secretly had this cutie cake – which I don’t have any idea where they got it – and brought it up to the table with 27th candle on top of it! Another birthday, yet another surprise! I’m soo blessed! *smoochees!* 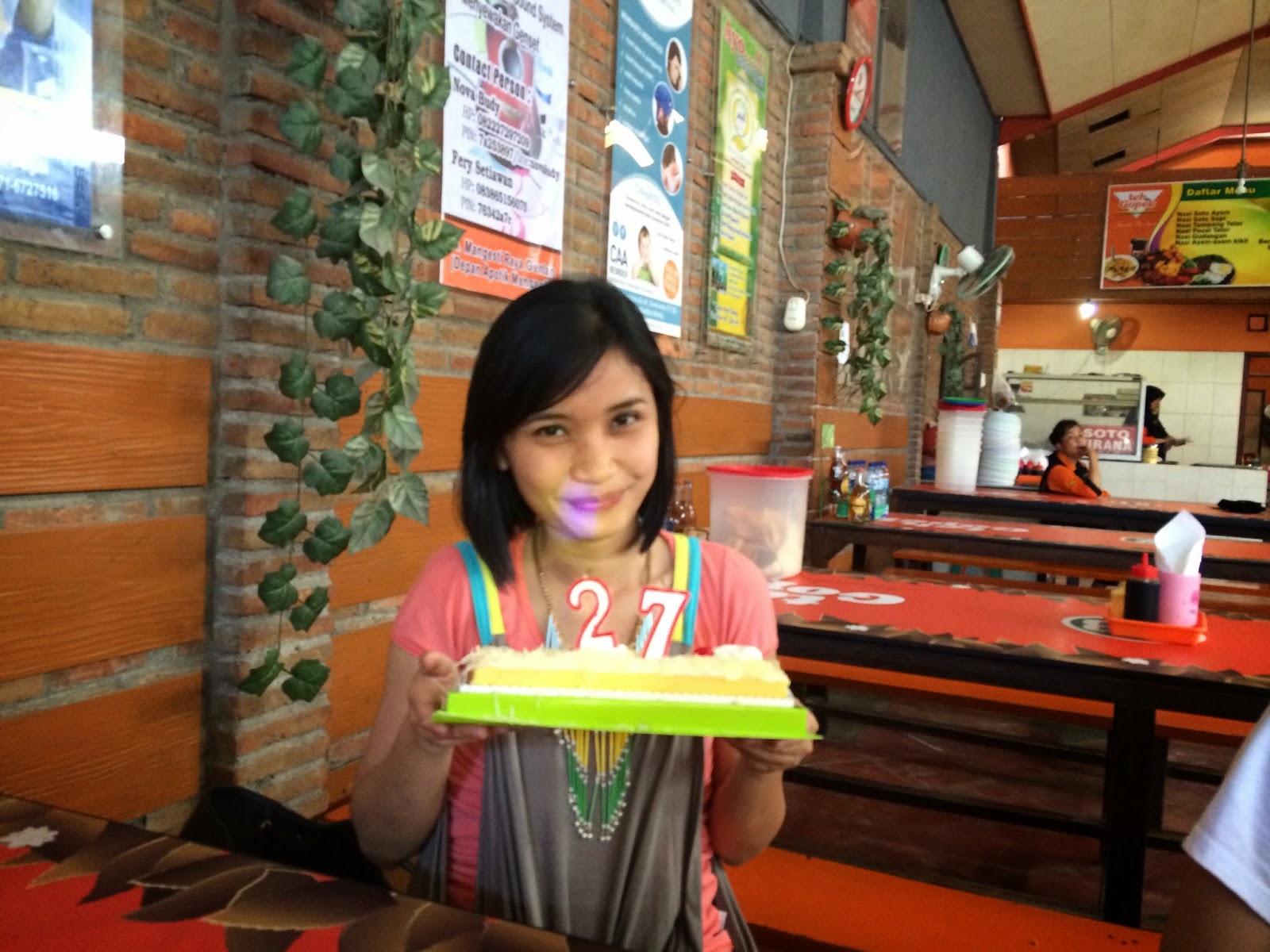 Our 2nd stop was Kusuma Sari. Another legendary local restaurant in Solo, here we had Solo specialty food like Galantin and Selat Solo. They looks pretty much alike, but actually they have different taste.

And for dinner, we had Liwet Rice  in Kepabron area. I love this Nasi Liwet soo much, the taste was insanely good and the price was bloody cheap! Trust me, one portion will never enough!

For closing dish, before we headed back to Yogyakarta, we had this street fresh milk, named Susu Shi Jack. Hmm, actually nothing really special about the milk, but they claimed themselves as the pioneer of fresh milk in Solo, so fair enough to give it a try.

Mount Merapi erupted in October 2010, which was the largest eruption since 1870s. Over hundred-thousands people became victims. After that very dark period of Indonesia, some affected zone in Mount Merapi utilized for tourism interest by providing Merapi Lava Tour, where people can explore Mount Merapi using a hard top, visit some locations that used-to-be-villages, house relics, etc.

The provider will offer various packages which include a group of destinations that you can choose. But I urge you to try the Sunrise Tour, You can capture beautiful sunrise while enjoy breathing the fresh morning mountain air, plus you won’t suffer the dusty road of Merapi which you will get if you take the standard Lava Tour. 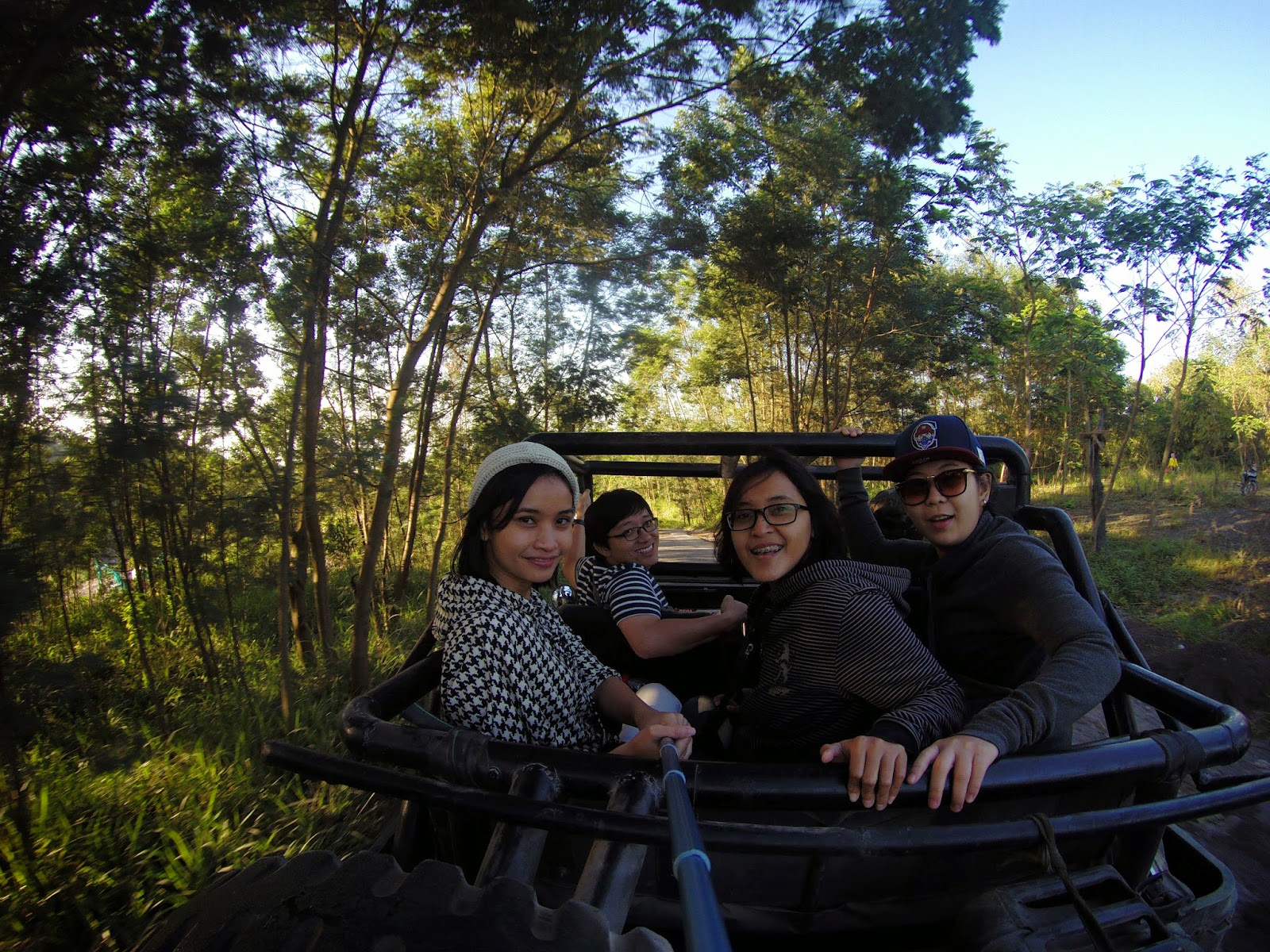 It was August 17th at that time, which recall as Indonesia independence day. We were very lucky, by the time we got there around 5 a.m, bunch of people were preparing for the venue of a Thousand Flag Ceremony event which will be held at 9 a.m. We were allowed to enter the venue and take as much photos as we can.

Happy Independence Day Indonesia! Glad that we could accidentally celebrate it in here!

After having the independence sunrise, we visited a bunker in the foot of Mount Merapi, which no longer used. We were told about the tragic stories about 2 guys being stuck in here back in 2006. These guys were the volunteer of evacuation during Merapi eruption at that time. When Merapi spewed the hot cloud, they decided to hide in the bunker. Unfortunately, the unexpected lava flow also came down to their direction. Long story short, they found dead inside the bunker due to extremely hot temperature caused by the lava. May they rest in peace. 🙁 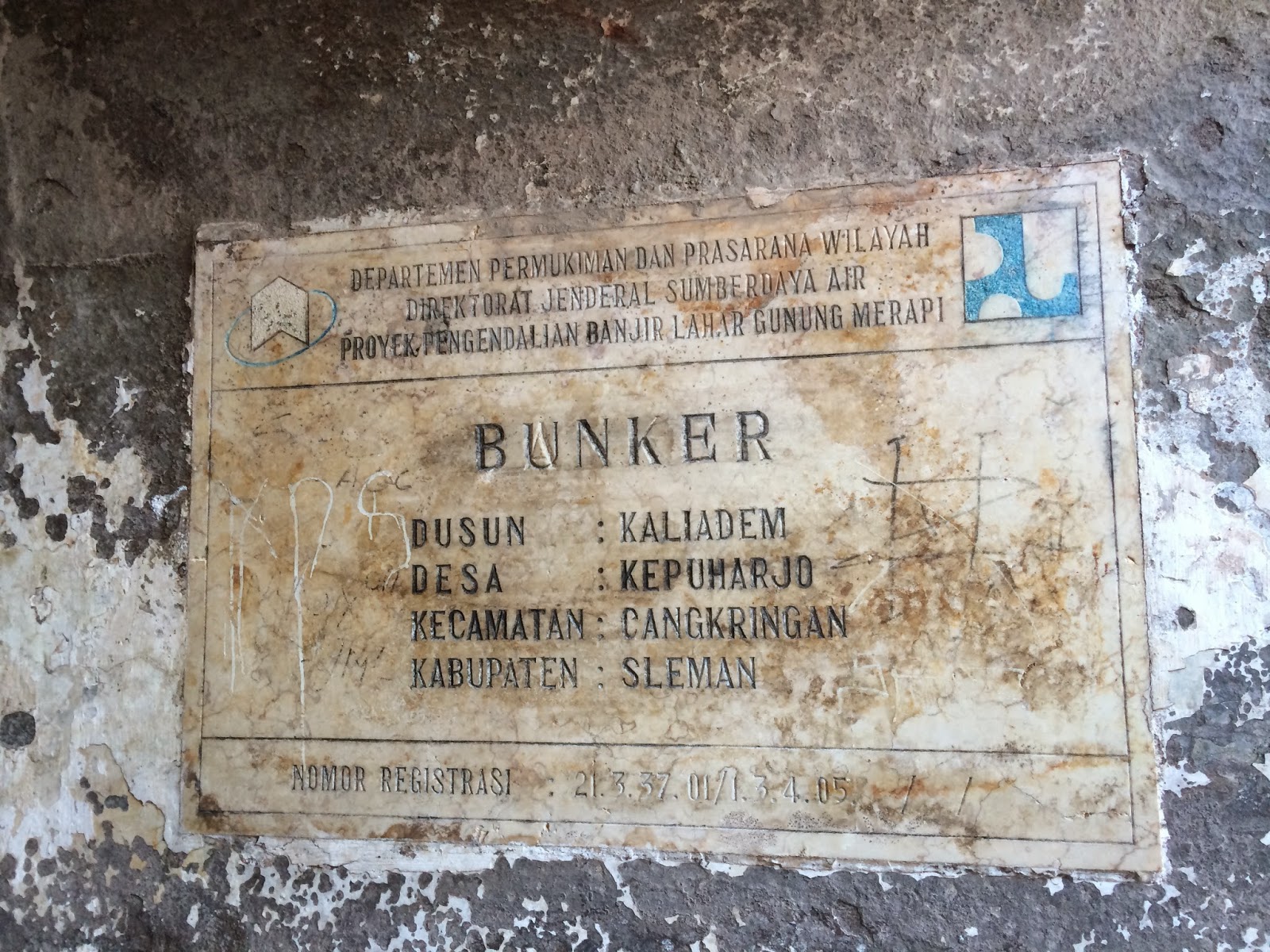 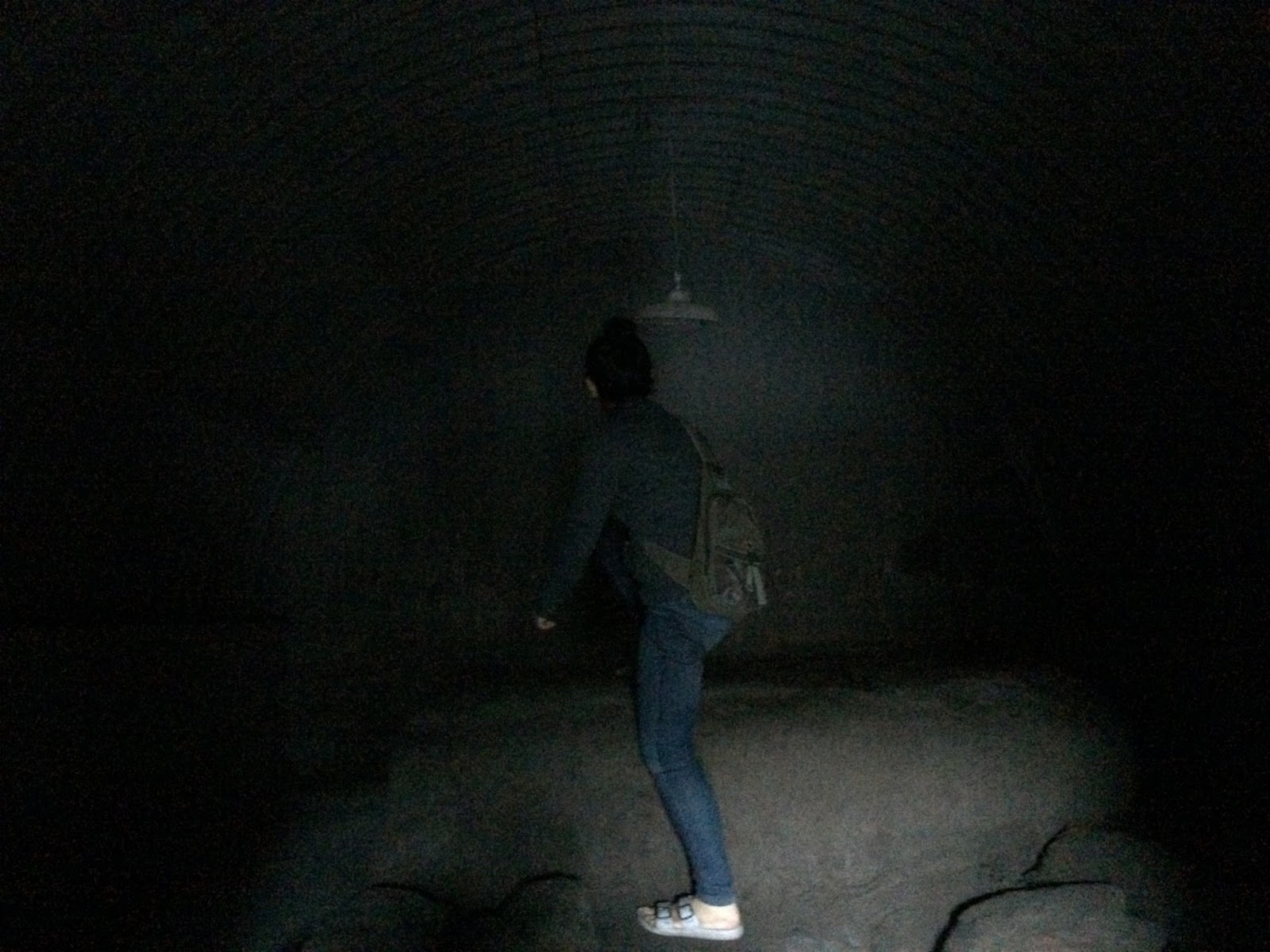 Next spot : the Alien Stone, called as alien stone due to the huge size of the stone and if you see it from certain angle, you’ll capture the stone imitating a human face. I suddenly remember Pompeii eruption scenes where giants stones like this thrown away from Mount Vesuvius. Hard to imagine it also happened in Merapi.

Then we drove to Museum Sisa Hartaku, where the rest of villager’s houses left after the eruption. Here, you’ll be able to see the evidence of how Merapi super hot cloud could cause such a genuine destruction. Many melted and burnt properties of the villagers were shown at this house. 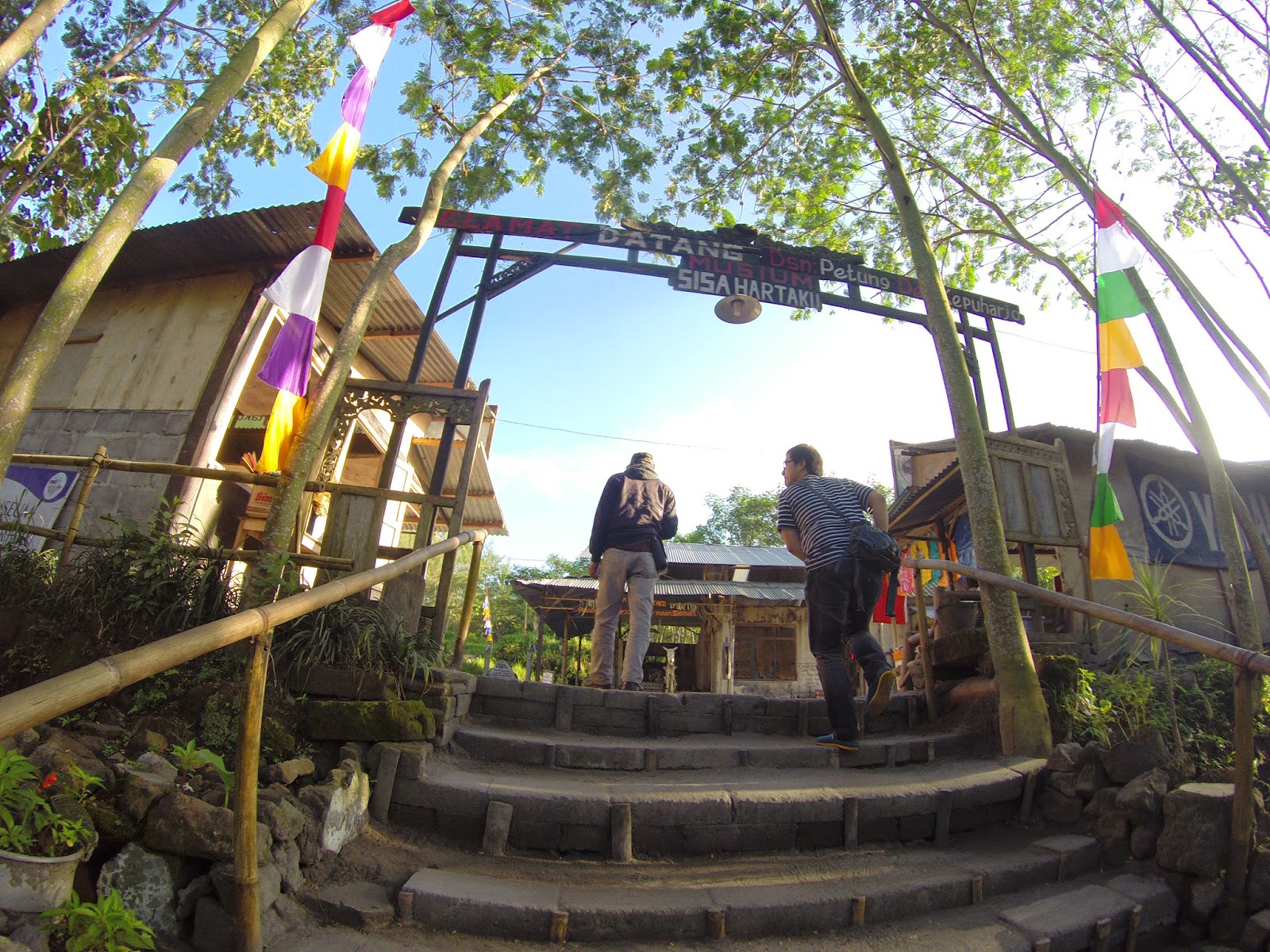 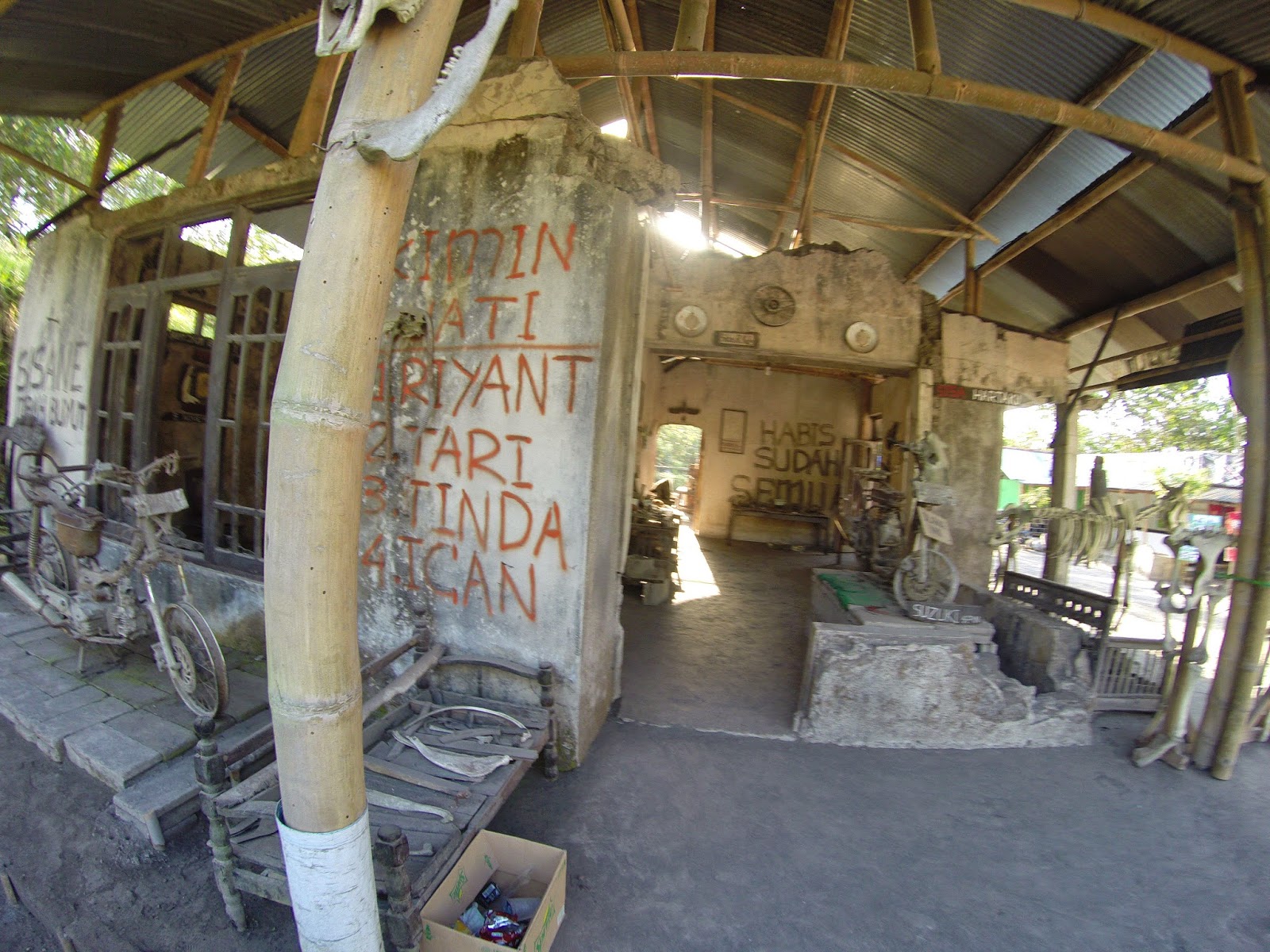 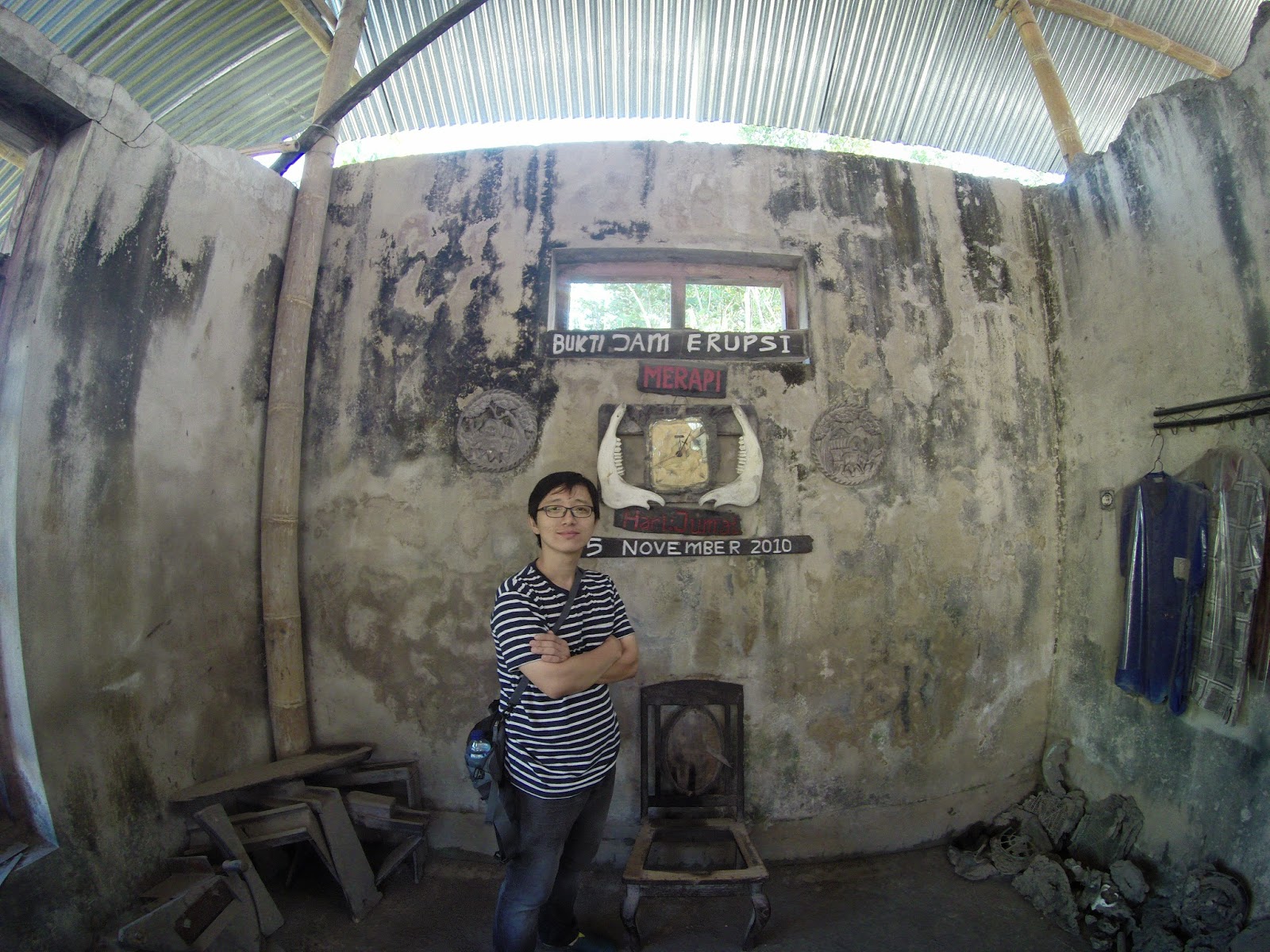 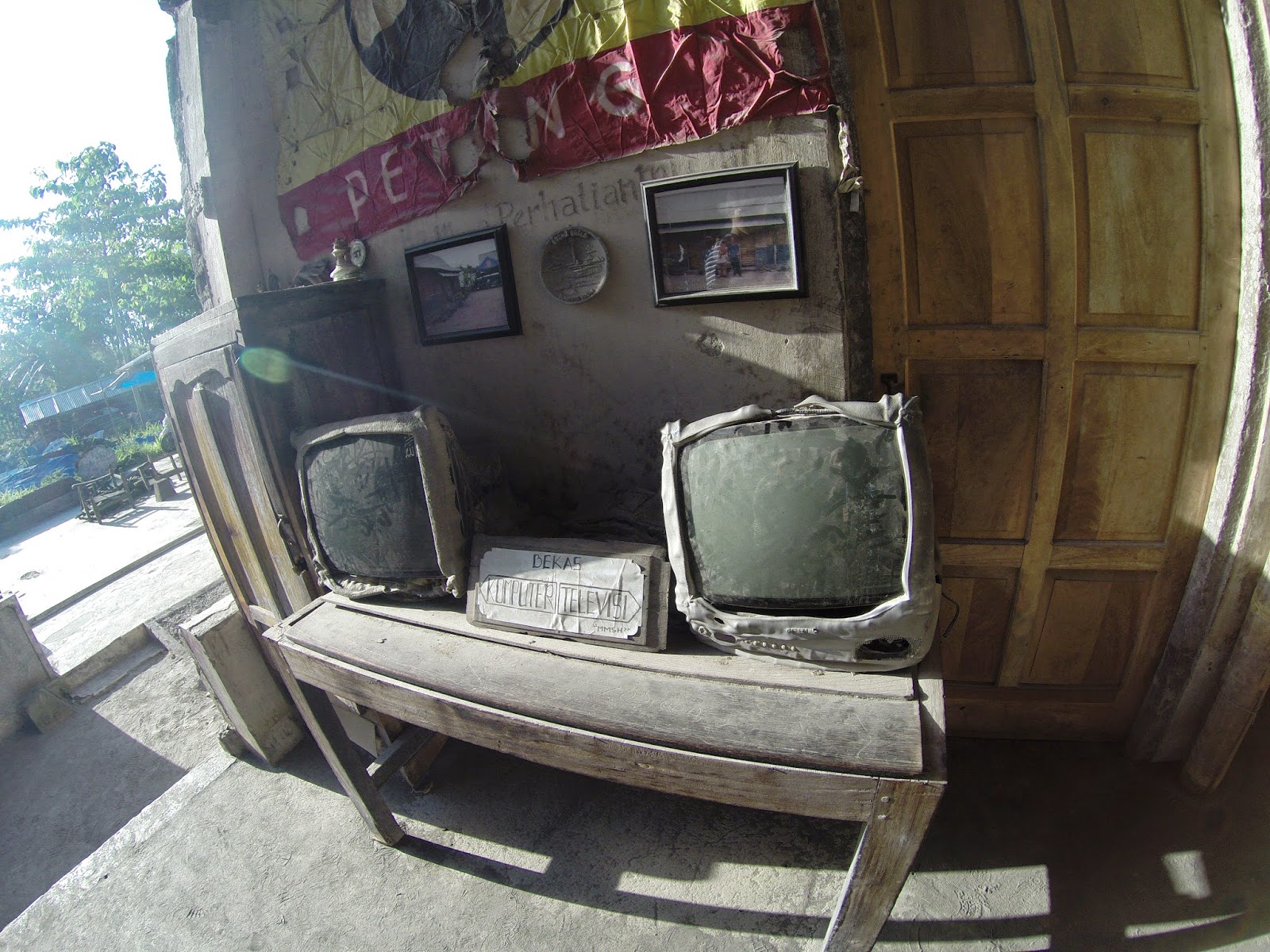 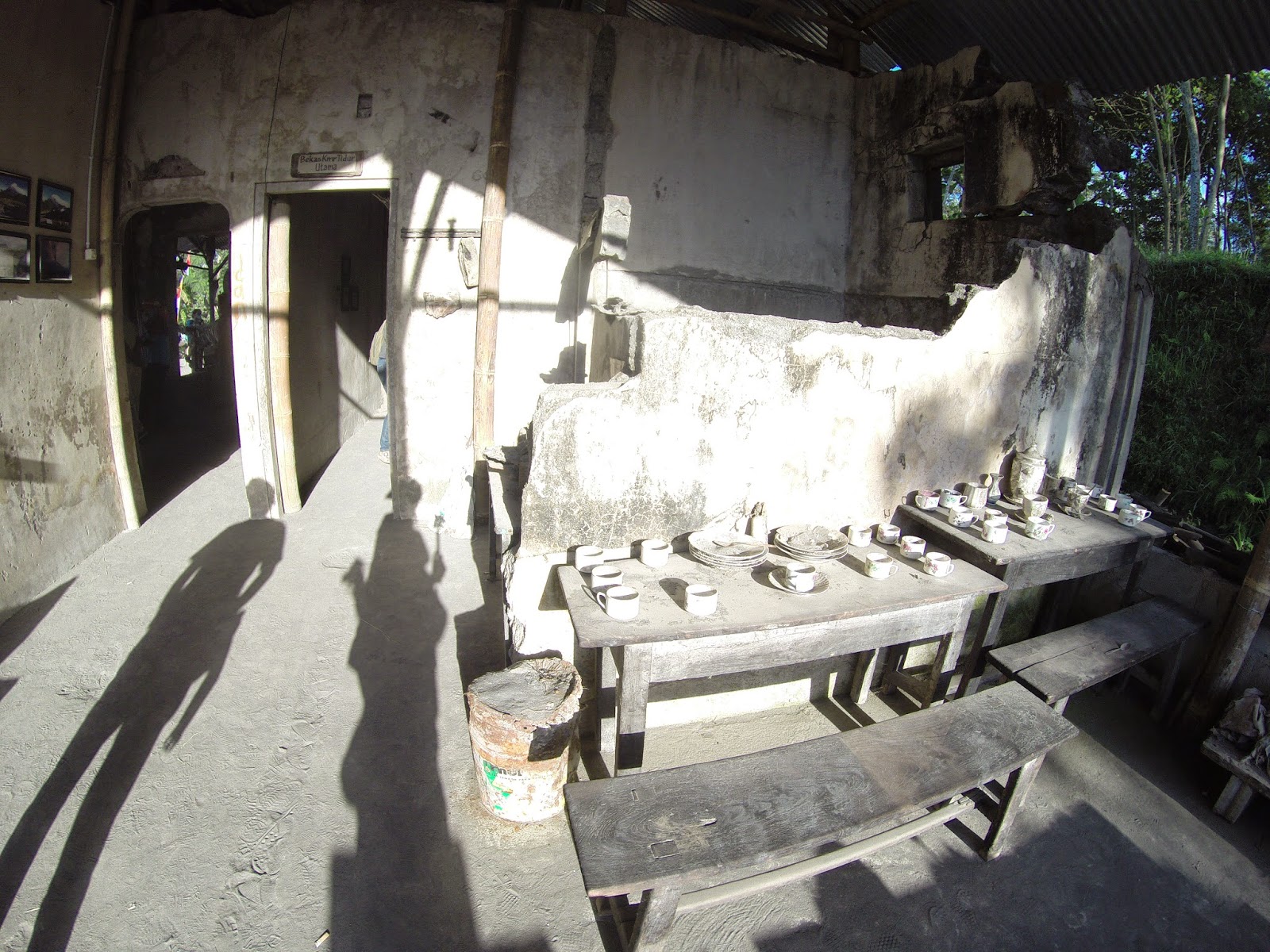 As an Indonesian, I never expect there’s such a pretty museum like Ullen Sentalu in this country. Seriously, I gave 4 thumbs up to this museum. The architecture, the vibe, the collections, and the way they tell stories were amazing. Absolutely indulge myself from the knowledge thirst of the history of Java. Here, they will inform you a lot about Mataram Kingdom, the oldest kingdom in Java. Simple yet very complete information about the Kings and Queens, their bold stories, cultures, etc. Very impressive. Cheers to Haryono family, the aristocrat family who built this amazing museum. We should have more places like this in Indonesia.

Too bad, they didn’t allowed the guests to take picture inside the museum. 🙁 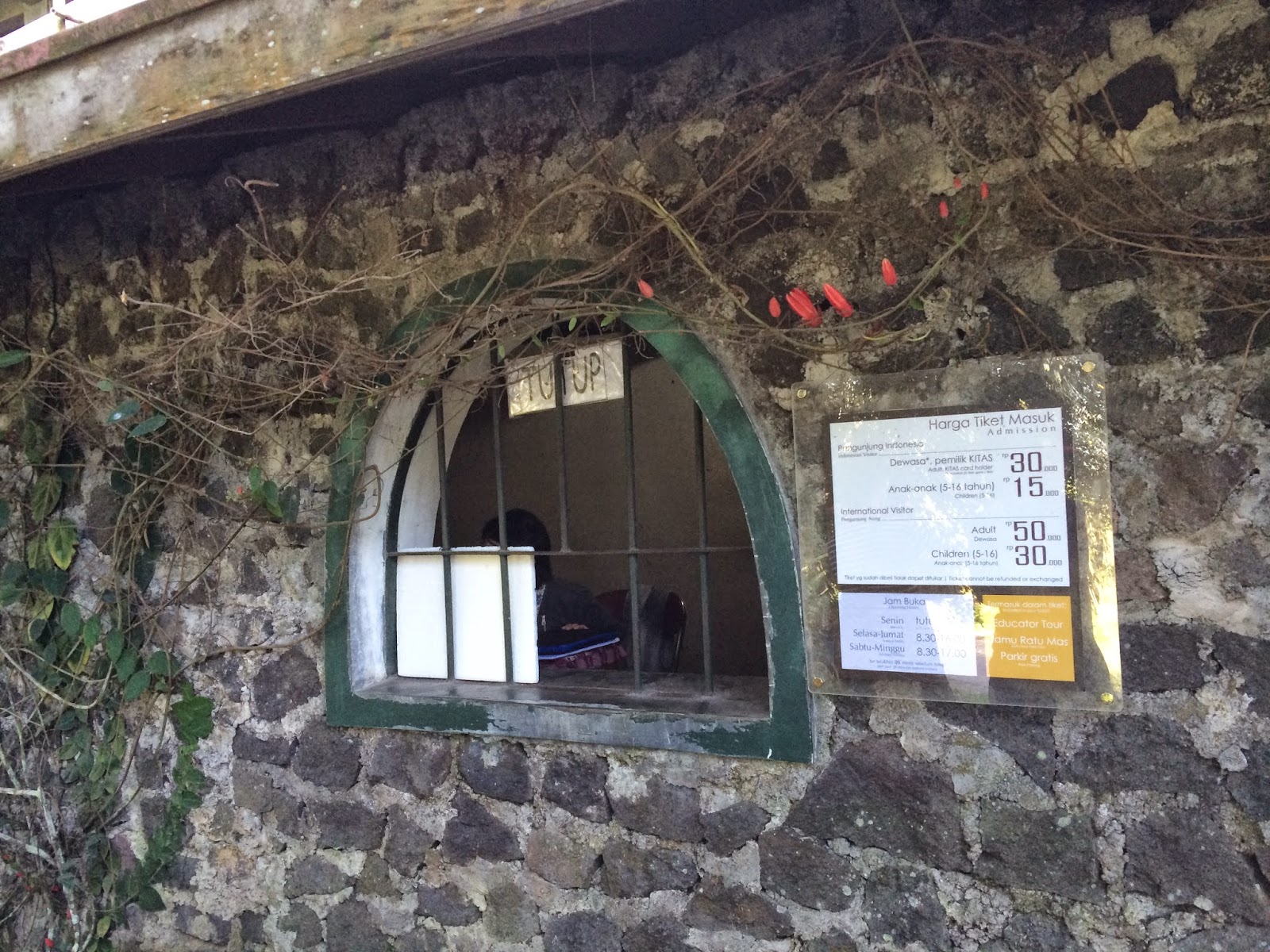 So, those are places that I visited during my birthday getaway! If I had more days, maybe I would spend time in the city searching for hip cafes and have sunset at Candi Boko (Boko Temple). They said they have the most stunning sunset view in Yogyakarta. Maybe next time! 😀

Anyway, happy new age to me! Wish that I could achieve more life goals ahead…Amin!